Here’s some good news from the UK’s crime department. According to the data, the police force recorded fewer incidents of theft offenses in the country between 2019 and 2020.

The bad news is that the number still equates to millions. In 2020, at the height of the pandemic, there were at least 2 million thefts in the country. This was higher than the figures from 2014 to 2017.

In other words, while the figures are improving, theft remains a far common crime in the UK—and that should worry businesses because they’re bound to lose a lot of money.

How Much Can Businesses Lose from Theft?

Before one delves deeper into the numbers, it’s wise to define a few key terms. One is economic or retail shrinkage, which refers to the difference between the actual and original product inventory or input.

The other is internal and external theft. Internal theft implies a crime committed by those who belong to the organization, such as the employees. Consumers, meanwhile, commit external theft. Burglary is the process of entering a building, like a shop, usually to steal.

With these words out of the way, how much would it cost? The answer is billions.

A 2019 report about the retail crime costs in the UK revealed that the total cost of crimes against business establishments reached almost £5 million. Shrinkage, however, amounted to a whopping £5.5 billion or a rate of almost 1.5 percent.

Now, there are different reasons for shrinkage, such as inadvertent errors during recording. However, a significant part of that is due to theft. Internal or staff theft accounted for 22 percent of shrinkage, which was equivalent to around £1.3 million. External theft constituted nearly 35 percent of retail shrinkage or close to £2 million damage.

When it comes to various forms of retail crime, customer theft seemed to be the biggest problem. It led to around £1.5 billion in losses, while the incidents of theft increased by over 8.5 percent. Robbery and burglary declined by 2 percent, but these crimes still led to a £118-million loss.

Retail crime, including burglary, can happen to any business. But it is particularly damaging to small businesses. A report by Verisure revealed that small retail shops could lose an average of £2,000 for every incident. Overall, the burden to the economy could reach nearly £2 billion.

At first glance, the amount seems trivial, but small businesses cannot afford to lose a lot of money since they don’t have enough resources to recover. Further, a poll by YouGov claimed that nearly 50 percent of burgled premises would experience the same crime over and over. This means they are bound to lose more.

In fact, the impact of burglary and other types of retail crime can be so devastating that these companies may have no other option than to file for bankruptcy or eventually close their doors.

Businesses Can Decrease Their Risk of Retail Crime

To be clear, retailers should set their expectations straight. They cannot expect themselves to become immune to burglary or internal and external theft. The risk will always be there, but they can consider several options to reduce their exposure. One of the best solutions is to install an intruder alarm system. 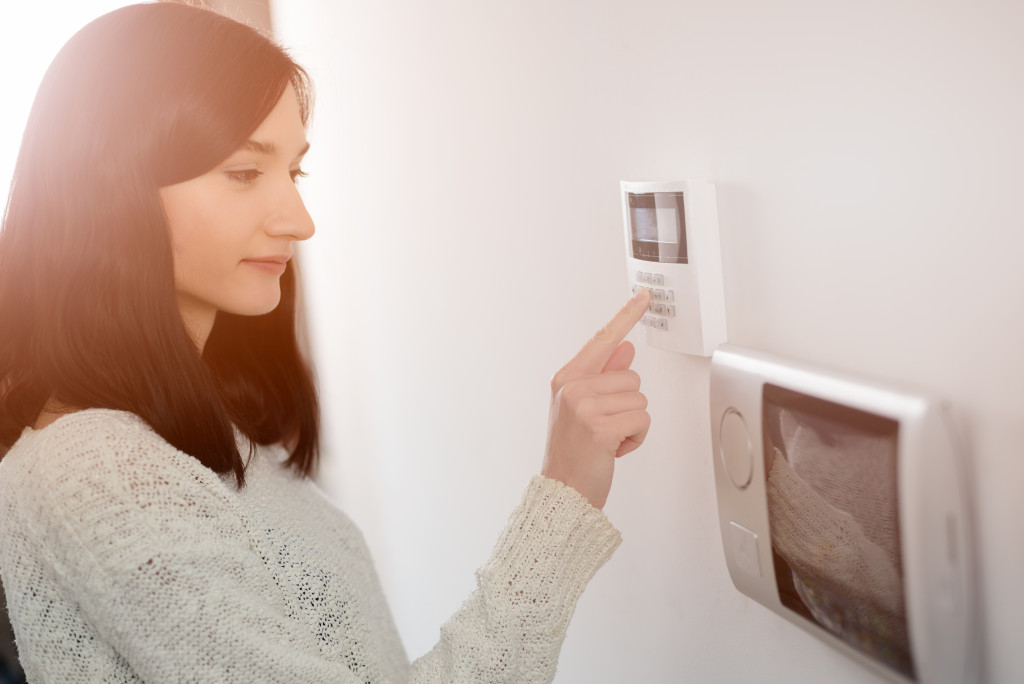 The idea of using alarm systems is controversial. Some experts believe that these security options are useless since they cannot stop the crime from happening.

However, having this choice is still more effective and better than having nothing. The sound it produces when tripped may be enough to alert bystanders, the police force, and even the business owner.

Some burglars are smart enough to deactivate or even remove this system from the premises, but many companies can plan their locations strategically. Several systems can produce a sound that intensifies the farther it gets. This way, the unsuspecting burglar will not know that they have already tripped the alarm.

How about CCTVs? Like alarms, they cannot apprehend a criminal, but they are excellent tools to catch a culprit. This is especially true over the last few decades when technology has made extraordinary leaps. Many cameras these days already include facial recognition, which means the police can quickly match the images that appear on the images to their database.

Granted, the use of facial recognition is still subject to serious discussions because of its possibility to be abused. But one thing is clear: finding a criminal is much easier.

No technology or strategy can bring the risk of theft or burglary among businesses to zero. However, there are a lot of major deterrents, and that includes a slew of better technologies, like alarm systems and CCTVs.