The annual Consumer Electronics Show (CES) is a magnificent but puzzling place, crammed with today’s available technology and tomorrow’s impossible developments in equal measure. Automobiles, technology, and services that will affect you as a consumer are challenging to locate, let alone understand.

For the past century, the vehicles you drive now have had some recent upgrades. Car manufacturers have replaced carburetors, while powerful, with fuel-efficient fuel-injection systems. In yesteryears, you had to check your rear-view and side mirrors to park your car adequately. Now, some manufactures equip their vehicles with self-parking or park-assist features, so you fit in a spot perfectly. Even petrol-fueled engines are slowly making way for hybrid or fully electric ones. That said, in this article, you’ll learn the advancements that make modern cars what they are today.

Your car doesn’t have separate fenders like the vehicles of the 1920s. In 1946, the Italian company Cisitalia produced the 202, a ground-breaking new prewar vehicle. The 202 eschewed fender arches and tall radiators in favor of seamless integration of the fenders into the bodywork. As a result, aerodynamics improved, vibrations decreased, road noise reduced, and the modern car was born. Furthermore, the 202 was a visually stunning automobile in its own right. 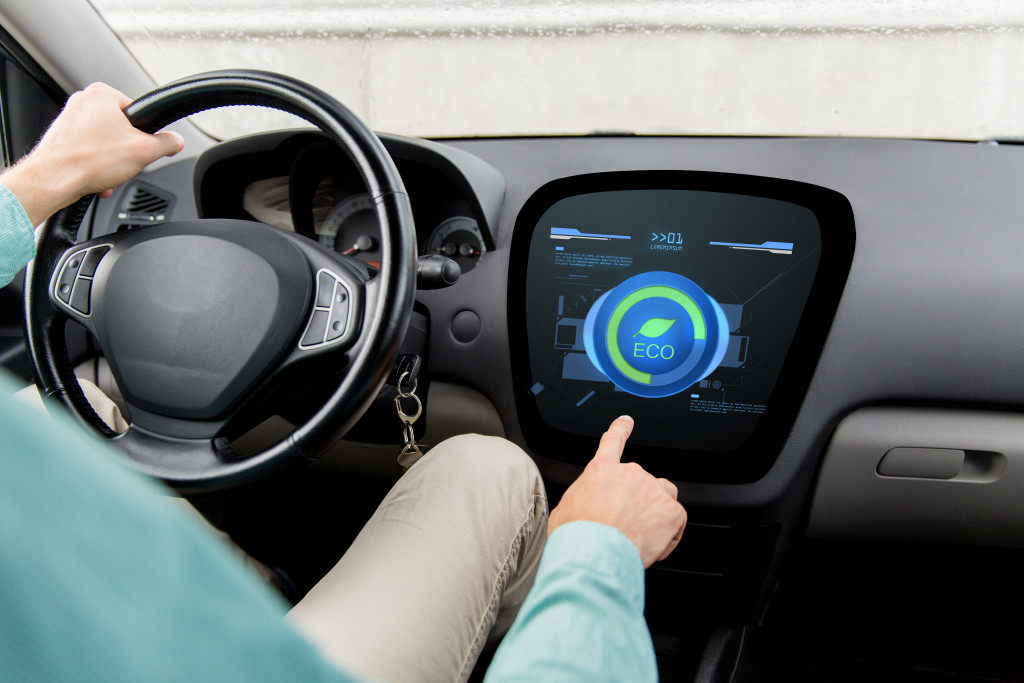 The Lancia Theta, which debuted in 1913, was the first car to incorporate an electric system of any type for vehicles at the time, including an electronic starter and lights. Since then, the technology in our automobiles has continued to progress at a rapid pace. During the 1960s, Bosch developed an electronic fuel injection system, which provided fuel efficiency with its exact fueling measurements that functioned in all conditions. More modern systems can even track and adjust engine performance in real-time using electronic control units and sensors.

Even though it took some time for manufacturers to iron out dependability problems, automobiles began to move toward the direction of personal computers in the 1980s.

Today, FWD is the foundation of practically every new car, and that’s because it works. Early Citron, Saab, and DKW engineers realized that putting the engine and transmission in front of the front wheels optimized cabin volume while improving traction on slippery surfaces.

The British designers of the Mini had the same idea, albeit for a small city car. Every automaker didn’t adopt the configuration until Italian engineer Dante Giacosa refined the concept to outstanding practicality with a compact but roomy four-door.

Many people take safety for granted and practically won’t know their car is equipped with one until it saves their lives. The sturdy build of cars pre-1950 alone wasn’t safe enough. As a result, car manufacturers developed crumple zones. With the development of crumple zones, the car’s front and rear receive most of the impact and spread the force away from the driver and passengers in the event of a collision. With this simple concept, new cars can pass increasingly difficult crash testing thanks to computer-aided simulation. Crumple zones and other safety features are useless if the metal parts that make up an automobile don’t support them. Thanks to advancements in metallurgy, carmakers now have access to new high-strength steel composites that are easier to stamp and weld, more resistant to corrosion and high temperatures, and lighter while maintaining their strength.

Electric cars were popular in the early days of motorized conveyance without the need for horses. You might not know this, but the world’s first hybrid car, the 1901 Löhner-Porsche, used a petrol generator to power two electric hub motors that made up its drivetrain. Does this sound familiar to you? It appears that the rise of electric cars now has roots in older technology. That’s because many of today’s long-range electric vehicles work the same way as series-parallel hybrids, which became popular in the early 2000s.

The Eunos Cosmo, sold exclusively in Japan, was the first car to use an in-car GPS navigation system. It was indeed a ground-breaking, exclusive, cutting-edge flagship with a built-in touchscreen connecting it to satellites. As a result, in-car navigation has become all but standard, with touchscreens installed in the center console. With more refinements in GPS systems, some manufacturers have even added GPS starter disable capabilities to their models, especially in car theft cases.

Furthermore, in-car GPS can appear awkward and slow compared to satellite navigation, which many carry about in their pockets. As a result, automakers now offer smartphone integration. The latest systems have learned a few tricks from our smartphones’ screens, such as pinching and zooming, improved responsiveness, and voice-activated searches.

There you have it, six of the most exciting and valuable car technology now available. Some luxury or premium vehicles include all—or nearly all—these amenities, but most automobiles come equipped with only a handful of them as standard. The world can’t wait to see what the automotive industry will be like in the future. Given how quickly technology is advancing, there’s a lot to look forward to.