Dentistry is a study that needs over four to eight years of studying to master. However, there’s a recent wave of people having a crack at making braces themselves despite having little to no experience. They’re everywhere, from blogs to YouTube videos with high view counts. While some people, like Amos Dudley, succeeded by using DIY methods without consequence, some people may run the risk of irreversible damage to their teeth and gums, and even infections that can spread throughout the body.

Amos Dudley, a 23-year-old design student from the New Jersey Institute made waves in 2016 when he revealed that he straightened his teeth with braces he made himself. Feeling bad about how crooked his teeth looked and how he neglected them, Dudley researched for clear braces online. He found out that these braces can easily be made with a 3D printer that he had access to in his school. Armed with extensive research, he created a set of 12 plastic braces. He wore and replaced them as his teeth slowly, but surely corrected themselves.

While what Amos did is an impressive feat, not everyone has a 3D printer to use, and even fewer people know how to use one. As such, people are using household items like rubber bands to correct their chiclets — to disastrous results. This procedure, according to orthodontics magazine Perio-Implant Advisory, is called “gap banding.” It’s a method that most YouTube DIY dentists carelessly instruct their young viewers to do. And it’s a headache for pediatric dentists everywhere.

The publication featured a case study of a 22-year-old woman who came to her dentist with swelling gums. She stated that she emulated a YouTube video using a gap banding technique to close the spaces between her teeth. She often slept with the rubber bands — until one of them suddenly disappeared. She didn’t think much of it until her gums became swollen a few months later.

After an x-ray, her periodontist found out that there was an orthodontic rubber band stuck deep inside her gums. They removed the bits of bands and referred her to an actual orthodontist to fix the gaps between her teeth. Needless to say, the patient said that she’d never DIY her teeth again. 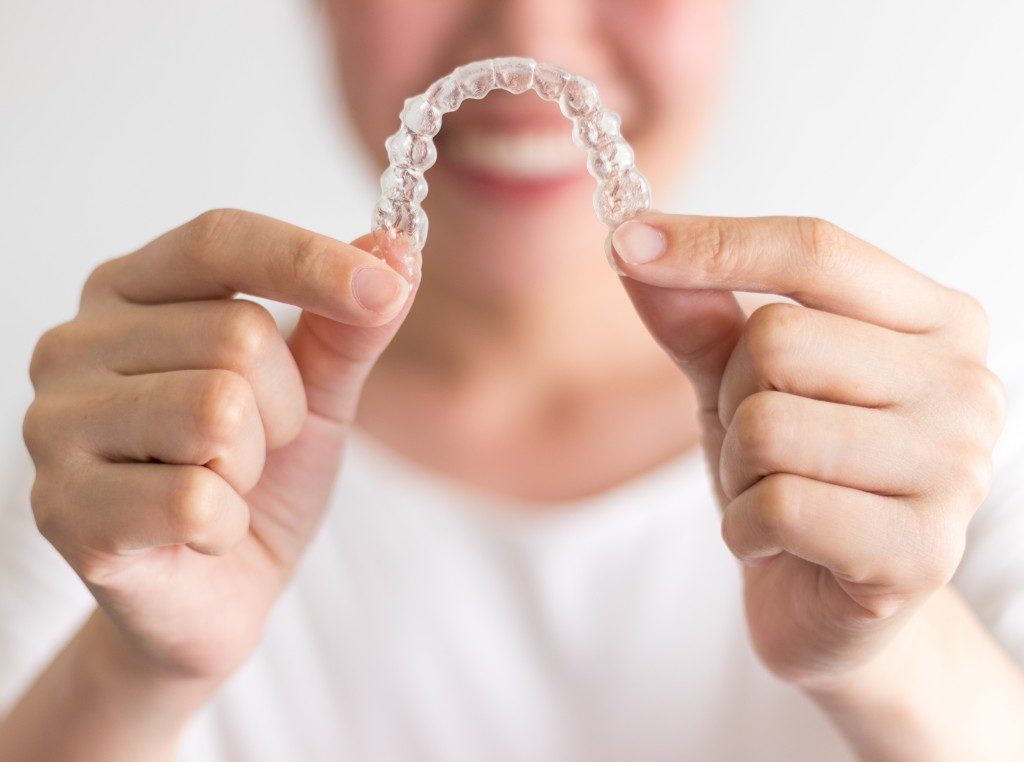 There are many ways to whiten your teeth at home. Whitening toothpaste is a safe bet. You can also get a whitening kit from your dentist in Murray. However, the internet has become a treasure trove for people who want to get pearly-white clickers for less. These range from harmless coconut oil to using a mouth guard lined with possibly dangerous levels of hydrogen peroxide.

In an article from the University of Rochester, its resident dental expert reviewed Pinterest whitening tips and found that they were mostly bogus. One instructed using a mouth guard with baking soda and hydrogen peroxide. Malstrom said that the amount of hydrogen peroxide may be above the Food and Drug Administration and American Dental Association standards.

Even over-the-counter whitening strips could be dangerous, according to recent studies from the American Society for Biochemistry and Molecular Biology. The researchers found that these strips may significantly damage the tooth’s inner layer. There’s no research citing that this layer can regenerate, so the deterioration may be permanent.

While it’s tempting to research and do dental procedures on your own, these entries have shown that they’re not worth it. You may save money now, but you’ll pay more than what you saved when your teeth get severely damaged. When it comes to your oral health, please don’t DIY (damage-it-yourself).